The way English is defined and taught as a subject illustrates how politically correct woke ideology has managed to infect schools across the country. With learning to read and write, originally inspired by the work of South American Marxist Paulo Freire, the focus is on what is described as “critical literacy”, which argues that learning a language, and more broadly education, must be emancipatory. and liberating.

The real purpose of education, in Freire’s words, is to enable students

… to perceive oneself in a dialectical relationship with one’s social reality … to assume an increasingly critical attitude towards the world and thus to transform it.

An editorial written for a 2004 edition of English in Australia, lamenting the re-election of the conservative Howard government, illustrates how pervasive this Marxist-inspired approach to English has become. Author Wayne Sawyer argues that teachers have failed to teach critical literacy properly and need to work harder because Howard’s re-election has proven that students are easily duped and unable to think clearly. Sawyer argues,

What does it mean for us and for our ability to create a questioning and critical generation that those who brought us hooded security guards, Alsations and Patrick’s Stevedoring can declare themselves workers’ representatives and be supported by the electorate?

Critical literacy and associated feminist, gender, sexuality, and postcolonial theories have also had, and continue to have, a significant impact on how literature is now taught. Before the campaign of the cultural left for 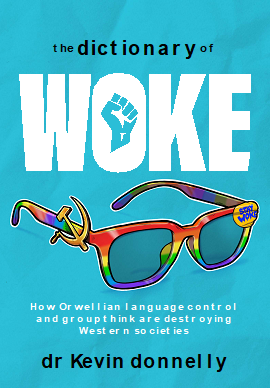 take control, literature was generally limited to novels, short stories, plays and poems that had something important, deep and lasting to say about human nature – how people interact and relate to the world, how we perceive and confront the myriad of challenges and issues that we face throughout our lives.

Literature, especially Greek, Roman, Celtic and Norse myths, fables and legends, also deals with the predicaments, heroes, archetypes and sentiments that underlie much of Western culture and speak to our selves. inner emotional and spiritual, what YB Yeats calls Spiritus Mundi. These archetypes and myths deal with love, betrayal, courage, grief, forgiveness and the need to find a more spiritual and transcendent meaning in what is an often unforgiving, transitory and challenging world.

Instead of focusing on the moral and aesthetic significance of literature, where students learn to understand human nature and empathize with others, the focus is now on deconstructing so-called texts in terms of relationships power and critical theory. In a paper presented at an AATE national conference, Maria Pallotta-Chiaarolli argues that the English classroom needs to be repositioned as “a site of deconstructionist and interventionist strategies when it comes to challenging/resisting dominant discourses of marginalization and prejudice”. Examples of prejudice include ‘homophobia, heterosexism and AIDS-related discrimination’, as well as ‘racism, ethnocentrism, classism and sexism’.

The way history is taught in schools has also been radically redefined to make it politically correct and woke. While no one is suggesting that schools and the curriculum should take an overly celebratory and positive approach, what Australian Geoffrey Blainey describes as a “three-cheer view of history”, which students are unfairly presented to undermines and criticizes both Western civilization and the founding of Australia. as a penal colony and its development since 1788.

As detailed by Stuart Macintyre in The wars of history, more radical approaches to teaching history emerged during the heady days of Vietnam’s moratoriums and the rise of the counterculture movement. Macintyre writes,

In the 1960s and 1970s, critical approaches to Australian history challenged established interpretations of colonization and progress. Historians have pursued voices often absent from the national narrative. Social historians from feminist, migrant, and indigenous perspectives have challenged the exclusiveness of traditional historical approaches.

The way history is detailed in Australia’s National Year 10 Curriculum illustrates how successful the cultural left has been in redefining the subject. Like other subjects, students are informed in the history curriculum Australia is a multicultural and secular society characterized by diversity and difference and where various cultures, ethnic and racial groups interact and live.

Although Australia owes much to Western Civilization, Judeo-Christianity and Enlightenment values ​​such as rationality and reason, the program promotes a relativist position where all cultures and histories are treated equally and deserve recognition and respect (except, of course, European). Worse still, it is possible for students to study history in grades seven through ten without ever learning about ancient Egypt, Greece and Rome, medieval Europe, and period events like the Renaissance and the Industrial Revolution.

Three of the cross-cutting priorities informing history, in addition to other subjects, are Aboriginal and Torres Strait Islander histories and cultures, sustainability, and Asia and Australia’s engagement with Asia. Although there are literally hundreds of references to indigenous history, culture and spirituality, the impact and significance of Western Civilization and Judeo-Christianity are treated superficially and fragmented.

Christianity is rarely, if ever, mentioned, and while the dark side of Western civilization is emphasized (including slavery, abuse of women, the “stolen generation”, compulsory confinement and the human rights movement civics in Australia and America), indigenous culture and history are presented in a positive and unblemished light.

When it comes to Asia, and in the same way that indigenous culture and history are treated, students are presented with a sanitized image. It is an image that ignores and erases from history the millions starved, tortured and killed under dictators Mao, Pol Pot and Ho Chi Minh. While Australia is a Westminster parliamentary democracy where people’s rights and freedoms are protected, there is also no mention in the national curriculum that the majority of Asian countries are one-party totalitarian regimes where property can be confiscated, and people imprisoned and disenfranchised. we take for granted without any protection or recourse.

Cultural relativism and identity politics prevail, ignoring the reality that Australia’s political and legal institutions and much of our language, literature, music and art are inherited from Europe, Ireland and the United Kingdom. United. Although the numbers are dwindling, it is also true that Christianity remains Australia’s dominant religion, and that the country’s political and legal institutions as well as the way of life are indebted to Christianity.

This is an edited excerpt from Kevin Donnelly’s Woke’s Dictionarywhich will be launched in Sydney on September 20 by Chris Kenny, the host of Sky’s The Kenny Report. Reservations at https://www.trybooking.com/CCBUP