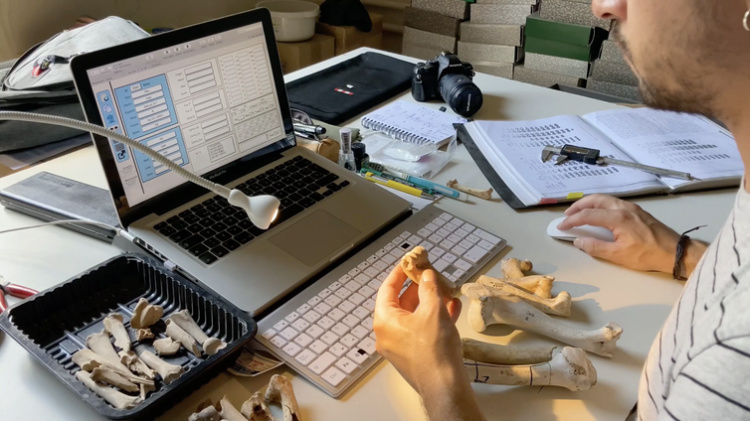 Sight Magazine – Essay: How Food Waste Helped Us Discover the Existence of a Christian Community in the 12th Century Iberian Peninsula

By the 12th century, Cercadilla, a neighborhood outside of Cordoba in southern Spain, was under Islamic control. At that time, populations of Muslim, Christian and Jewish communities lived together in an area known as al-Andalus.

There are two dominant schools of thought on how interfaith society in al-Andalus operated. The most widely held view, supported by most historians of the time, is that there was no interreligious conflicts in al-Andalus between the three main religious communities. This idea, known as Convivencia (La Coexistence) was first proposed by the Spanish philologist Américo Castro in the 1940s.

however, Convivencia has been criticized by a few as an idealized view of a much more complex period of history. This group thinks medieval Spain is the best characterized by conflict rather than cooperation. This idea is supported by written sources which reveal that a large part of the 12th century Christian community in the Islamic Iberian Peninsula would have disappeared as a result of persecution, deportations, emigration or their forced conversion to Islam.

but recent zooarchaeological research (the study of animal remains from archaeological contexts) points to the persistence of some Christians in the area showing that the period was much more complex and cannot simply be characterized as happy coexistence or total conflict.

“[R]recent zooarchaeological research (the study of animal remains from archaeological contexts) points to the persistence of some Christians in the region showing that the period was much more complex and cannot simply be characterized as happy coexistence or total conflict.

Food and identity in al-Andalus
“Tell me what you eat and I’ll tell you who you are.” This saying, attributed to the French jurist Jean Anthelme Brillat-Savarin, highlights the remarkable importance of eating habits in the formation and definition of identity both of individuals at the individual level and of societies at the collective level.

Zooarchaeology contributes to the study of these and other topics from a historical perspective. In general, zooarchaeology deals with the analysis of material remains recovered in garbage dumps, containing food waste linked to domestic environments. For this reason, the material we study contains extremely valuable information about what people have eaten in the past, and much more.

Zooarchaeology is particularly useful for the study of culturally complex societies such as al-Andalus. In addition to the specific beliefs of Muslims, Christians and Jews, membership in each of these ethnoreligious groups depended on the adoption of daily practices. Among these determining habits are the food standards which set out the different approaches followed by each ethnoreligious group concerning animals.

The analysis of food waste could allow us to better understand the socio-cultural identity of groups of people in the past. This is done by assessing the frequency of certain species in the waste. In this regard, the presence of pig remains in the rubbish dumps of medieval Iberia is of particular significance, as pork is prohibited by the religious laws of Muslims and Jews and therefore represents a marker of ethnic identity to medieval times.

It was a research axis that proven useful for identifying cultural identity of those who had eaten the food and created the waste at another site in Cartuja, Granada dating from after the fall of Islamic Iberia.

Cercadilla (Córdoba)
The same research approach was applied to the study of the archaeological site of Cercadilla. Although the history of this site is complex – including a Roman palatial complex reused in medieval times as a Christian burial ground – we have focused on the last phase of occupation of the site during the last period of control. Islamic Cordoba before the Catholics. conquest, which occurred in the year 1236.

Archaeological excavations at this site have provided two samples of animal remains. The first was interpreted as food waste dominated by an overwhelming majority of leftover pigs and, the other, a pierced scallop recovered in a living room.

The high frequency of pork suggests that the pork was eaten on the spot, a behavior that involves a flagrant transgression of the most important Islamic dietary rule. The scallop, on the other hand, has been identified as a piece of material culture linked to the symbolic universe of medieval Christianity given its similarity to those scallop badges usually associated with the pilgrimage to the Sanctuary of Santiago in Santiago de Compostela, in modern northwestern Spain.

Our investigations therefore suggest the persistence of an Andalusian Christian group (also called “Mozarabic”) On the outskirts of Cordoba until the 12th century, challenging the idea that all but a few had disappeared due to persecution, deportation, emigration or their forced conversion to Islam .

Marcos Garcia Garcia is a postdoctoral researcher at the York University and Guillermo García-Contreras Ruiz is profesor of medieval archeology and posmedieval, at the University of Granada. This article is republished from The conversation under a Creative Commons license. Read it original article.

Religious life of Indians, according to a survey

Why Pay Off Credit Card Debt Before Building An Emergency Fund