NASA is looking to the skies for help assessing how humans will react if alien life is found on other planets and how the discovery could impact our ideas about gods and creation.

The agency is hiring 24 theologians to participate in its program at the Center for Theological Inquiry (CTI) at Princeton University in New Jersey, to which NASA awarded a $ 1.1 million grant in 2014.

The CTI is described as building “bridges of under-understanding by bringing together theologians, scientists, academics and policy makers to reflect together – and inform public thinking – on global concerns.”

The program aims to answer questions that have confused us since the begging of time such as what is life? What does it mean to be alive? Where to draw the line between humans and extraterrestrials? What are the possibilities of sensitive life in other places?

Now that NASA has two rovers on Mars, several probes orbiting Jupiter and Saturn, and preparing to launch tomorrow the James Web Telescope which studies the formation of galaxies, stars and planets in the universe, it seems that the agency hopes to be on the right track. to discover life outside the Earth.

And he needs a little help from above to help those of us who live below understand if this is happening.

Scroll down for video

Reverend Andrew Davison, a Cambridge University priest and theologian with a doctorate in biochemistry from Oxford, is among 24 theologians recruited by NASA to assess how humans will react if alien life is found on other planets and how the discovery will impact our ideas about gods and creation

Reverend Andrew Davison, a Cambridge University priest and theologian with a doctorate in biochemistry from Oxford, is among the 24 theologians, reports the Times.

“Religious traditions would be an important feature of how humanity would function through such confirmation of life elsewhere,” Davidson explained in a blog post on the University of Cambridge website.

“For this reason, it is part of NASA’s continued goal to support work on ‘the societal implications of astrobiology’, in collaboration with various partner organizations, including the Center of Theological Inquiry at Princeton.”

Davison is expected to publish a book next year, titled Astrobiology and Christian Doctrine, which notes that he believes we are getting closer to the discovery of life on other planets. 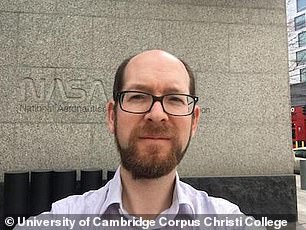 Davison wrote in his book: “Nonreligious people also seem to overestimate the challenges that religious people do. . . would experiment if confronted with evidence of alien life ‘

Davison’s book notes: “The main findings are that followers of a range of religious traditions report that they can embrace the idea in their wake.

Studies and surveys have shown that American Christians are less likely to believe that life exists on other planets, but Davison isn’t the only “believer” who doesn’t think the idea of ​​aliens is impossible. .

Duilia de Mello, astronomer and physics professor at the Catholic University, said she had several seminarians in her classes who often raise theoretical questions about intelligent life in the universe.

“If we are the products of creation, why couldn’t we also evolve life on other planets? Nothing says otherwise, ”de Mello told the Washington Post in August. 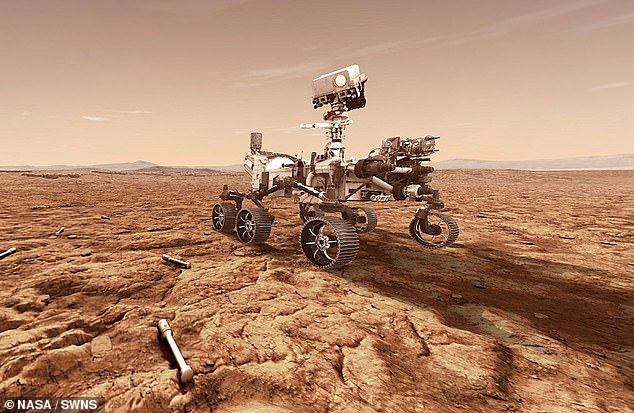 Now that NASA has two rovers on Mars (pictured, the Perseverance rover), several probes orbiting Jupiter and Saturn, and getting ready to launch the James Web Telescope tomorrow, it looks like the agency is hoping to be on. the right way to discover life outside Earth 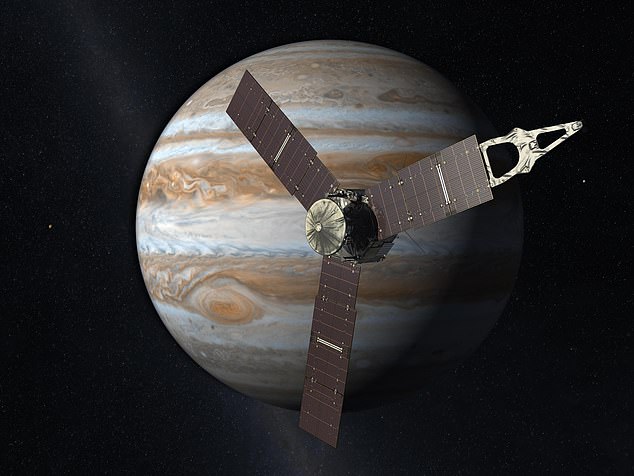 Studies and surveys have shown that American Christians are less likely to believe that life exists on other planets, but Davison isn’t the only “believer” who doesn’t think the idea of ​​aliens is impossible. . Pictured is an artist’s impression of NASA’s Juno probe orbiting Jupiter

In 2008, the Vatican’s chief astronomer said there was no conflict between believing in God and the possibility of “alien brethren” perhaps more evolved than humans.

“In my opinion, this possibility (of life on other planets) exists,” said Reverend José Gabriel Funes, a 45-year-old Jesuit priest who is the head of the Vatican Observatory and scientific advisor to Pope Benedict. .

“How can we rule out that life has developed elsewhere,” he told the Vatican newspaper L’Osservatore Romano in an interview in its Tuesday-Wednesday edition, explaining that the large number of galaxies with their own planets made this possible.

When asked if he was referring to beings similar to humans or even more evolved than humans, he replied, “Certainly, in such a large universe, you cannot rule out this hypothesis.” 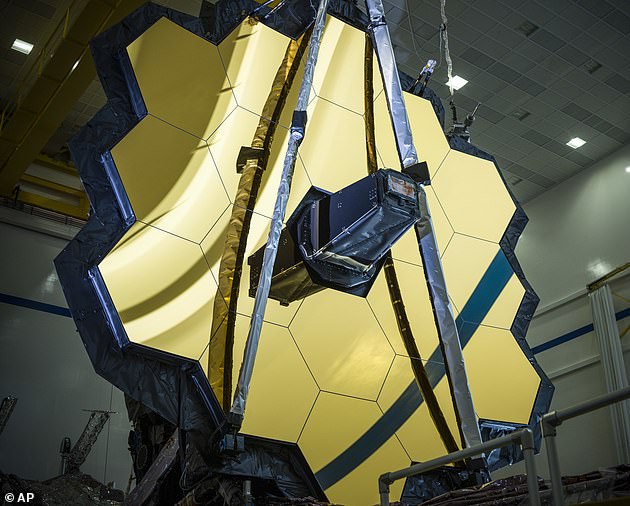 The James Web Telescope (pictured), due to launch on Christmas Day, could however change the way we view the universe and perhaps what is written in the scriptures of all religions

However, not all theologians agree with the idea of ​​life on other planets.

Albert Mohler, president of Southern Baptist Theological Seminary, said in a 2008 interview when asked if there were aliens: “The answer is no; it’s speculative.

“We have no reason to believe there is another story. There’s nothing in the Scriptures that says there can’t be some life form somewhere. But what we are told is that the cosmos was created so that on this planet Jesus Christ, in space, time and history, would come to save sinful humanity.

The James Web Telescope, which is set to launch on Christmas Day, could however change the way we view the universe and perhaps what is written in the scriptures of all religions.

It has been described as a “time machine” that could help unlock the secrets of our universe, with distant objects emitting light from further in time.

The telescope will be used to observe the first galaxies born in the early universe more than 13.5 billion years ago.

The goal of this powerful device is to unravel the mysteries of supermassive black holes, distant alien worlds, stellar explosions, dark matter, and more.

Primarily an infrared telescope, it will have a wider spectrum than Hubble and will operate farther from Earth, in a solar orbit, rather than an Earth orbit.

Research by Ohio State University claims that within five years of going live, James Webb will have found signs of alien life on a distant world.

The James Webb Telescope has been described as a “time machine” that could help unlock the secrets of our universe.

The telescope will be used to observe the first galaxies born in the early universe more than 13.5 billion years ago.

It will also observe the sources of stars, exoplanets and even the moons and planets of our solar system.

The James Webb telescope and most of its instruments have an operating temperature of around 40 Kelvin.

Officials from the space agencies responsible for the telescope have said the cost could exceed the program cap of $ 8 billion (£ 5.6 billion) set by Congress.

NASA has already poured $ 7 billion (£ 5 billion) into the telescope since it was first proposed as a replacement for the long-standing Hubble Space Telescope.

When launched in 2021, it will be the world’s largest and most powerful telescope, capable of reaching back 200 million years after the Big Bang.

James Webb is designed to last five years, but NASA hopes it will work for a decade or more, although due to its distance from Earth it cannot be easily repaired.

It measures 66 feet by 46 feet and will operate at the Sun-Earth Lagrange point about 930,000 miles from Earth – nearly four times as far as the moon.

The telescope should be launched on a European Ariane-5 rocket at the end of October 2021, with the first observations expected in 2022.