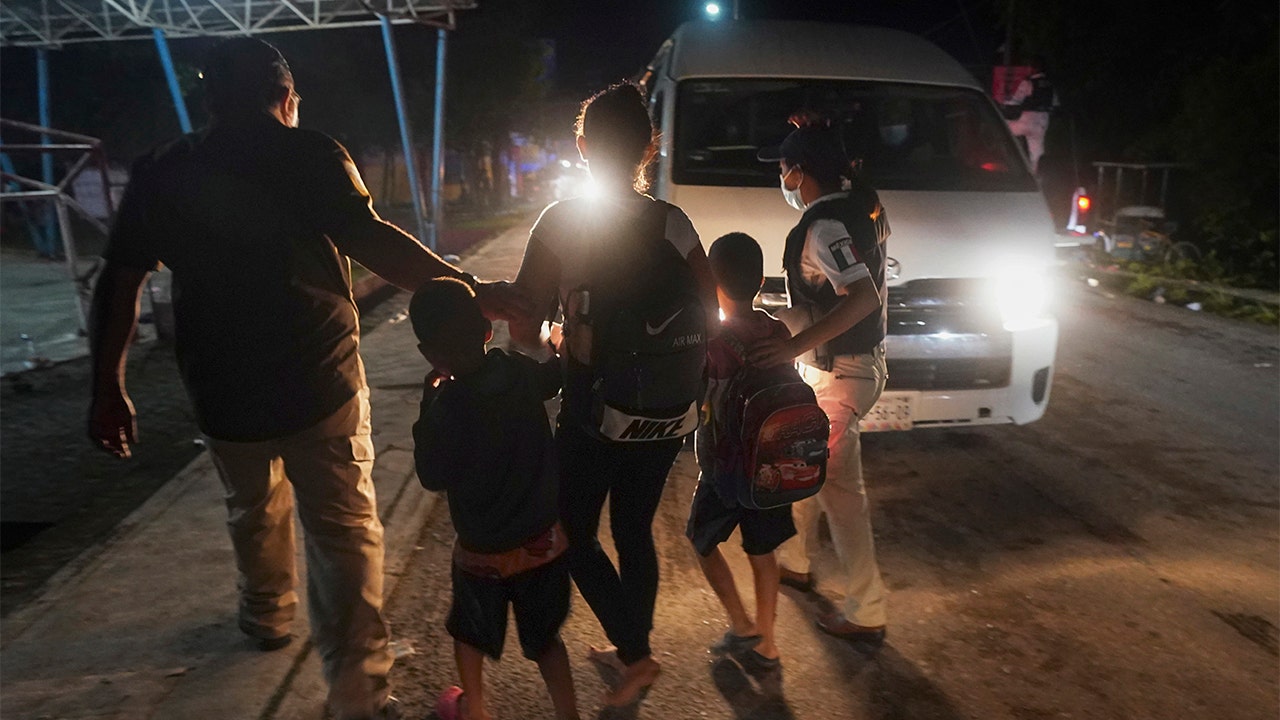 A Supreme Court order restoring the Trump-era “stay in Mexico” policy is already having an effect on the border, with border patrol officials telling Fox News they have started turning away more migrants trying to enter the United States

A source from the border patrol in La Joya, Texas, told Fox News they are now returning all families to Mexico, unless they have a child under the age of 1 or a migrant is pregnant.

In a 6-3 decision last month, the court dismissed a request by the Biden administration to stop a Federal Court ruling ordering the administration to reinstate the policy – officially called the Migrant Protection Protocols – which was a major 2019 border security program that held migrants back. in Mexico while they awaited their hearings.

Critics have called the policy, which has led to the establishment of tent courts across the border, cruel and dangerous for migrants. The Trump administration has said the policy ends captures and releases, reducing the pull factors that drive migrants north. Biden began dismantling the policy shortly after taking office and officially ended it in June as one of several steps the administration took to reverse President Donald Trump’s border policies.

Texas and Missouri have filed a lawsuit, arguing that ending the policy in June was both damaging to their states and in violation of the Administrative Procedures Act (APA).

In the original ruling, Judge Matthew Kacsmaryk ordered the Biden administration to “apply and implement the MPP in good faith” until it is “legally rescinded” in accordance with the APA, and until the federal government has sufficient detention capacity to detain all the migrants concerned. compulsory detention.

In response to a question about the extent to which the MPP had been reestablished across the border, the Department of Homeland Security referred Fox News to its August statement after the Supreme Court ruling that said that he disagreed with the decision and would appeal, “DHS will comply with the order in good faith.”

“Along with interagency partners, DHS has begun to engage with the government of Mexico in diplomatic discussions regarding Migrant Protection Protocols (MPPs),” the statement said. “DHS remains committed to building a safe, orderly and humane immigration system that respects our laws and values.”

The reinstatement of the MPP would be in addition to the Biden administration’s renewal of Title 42 public health protections that allow for the rapid deportation of migrants to the southern border due to the COVID-19 pandemic. The Biden administration had not applied Title 42 to unaccompanied children or many migrant families, but had removed some families and single adults because of the order.

About 45% of the more than 212,000 migrant encounters in July resulted in a Title 42 deportation, according to Customs and Border Protection (CBP) data.

The Biden administration has defended its strategy to tackle the border crisis, which includes a focus on “root causes” in Central America and the pursuit of smugglers, even as the number of border encounters has skyrocketed. DHS Secretary Alejandro Mayorkas said the plan is working, but will take time, while accusing the Trump administration of shutting down legal asylum channels.

“We have a plan, we are executing our plan and it takes time,” he said last month.

Republicans blamed the rollback of Trump-era policies like the MPP and the building of a border wall – as well as pushing for citizenship pathways for illegal immigrants already in the country – for having fueled the influx of migrants and created a crisis at the border.

The Biden administration’s immigration policies suffered yet another legal blow last month when a federal court imposed a preliminary injunction on guidance from Immigration and Customs Officers (ICE) that dramatically reduced priorities arrest and deportation.