Editor’s note: Anthony Moretti is an Associate Professor in the Department of Communication and Organizational Leadership at Robert Morris University. The article reflects the views of the author and not necessarily those of CGTN.

If you spend time scrutinizing the US media, you know there is an almost daily drumbeat of stories questioning China’s aggressive zero-COVID policy. I risk oversimplifying when I describe the policy this way: the Chinese government remains committed to eradicating new outbreaks quickly when they occur. As a result, it will lock down towns where the virus has been discovered, mass-test residents, and thoroughly clean those places. When authorities deem the area safe, it will allow normal life to resume.

This policy is considered draconian and almost “inhumane” in many countries, including the United States, where – and as an American, I can attest to this – normal life resumed months ago with lockdowns. considered absolutely intolerable. Too few Americans see the need to sacrifice themselves for the greater good. Sure, millions of us will be vaccinated and wear masks, but in general what “I want” is more relevant than what “you need”.

The effects of this selfishness are obvious: hospitals are filling up and thousands and thousands of people are dying. Recognizing that the death toll from the virus in the United States exceeded 850,000 as of January 16, there is every reason to believe that before the end of 2022, the number of Americans believed to have died from the virus will exceed one million.

Yet what China is doing is “inhumane”? It seems to me that it’s more humane to keep people alive than to let them act as if nothing had happened.

Now it’s Germany’s turn to look at what China is doing and wonder if the end justifies the means. The RedaktionsNetzwerk Deutschland (RND) media group, owned by the country’s social democrats, whose leader Olaf Scholz became German prime minister about a month ago, recently examined whether China’s aggressive zero COVID policy followed. his courses.

According to the RND, the Omicron variant of the virus “can no longer be stopped”, meaning that China’s previous containment efforts will not be enough. The RND also claims that Sinopharm and Sinovac, the vaccines created in China, will not work against Omicron, increasing fears that an uncontrollable variant will sweep through China as it has in several countries.

Readers are left with the conclusion that China’s “radical but so far successful” dynamic zero-COVID strategy was reaching its limits. 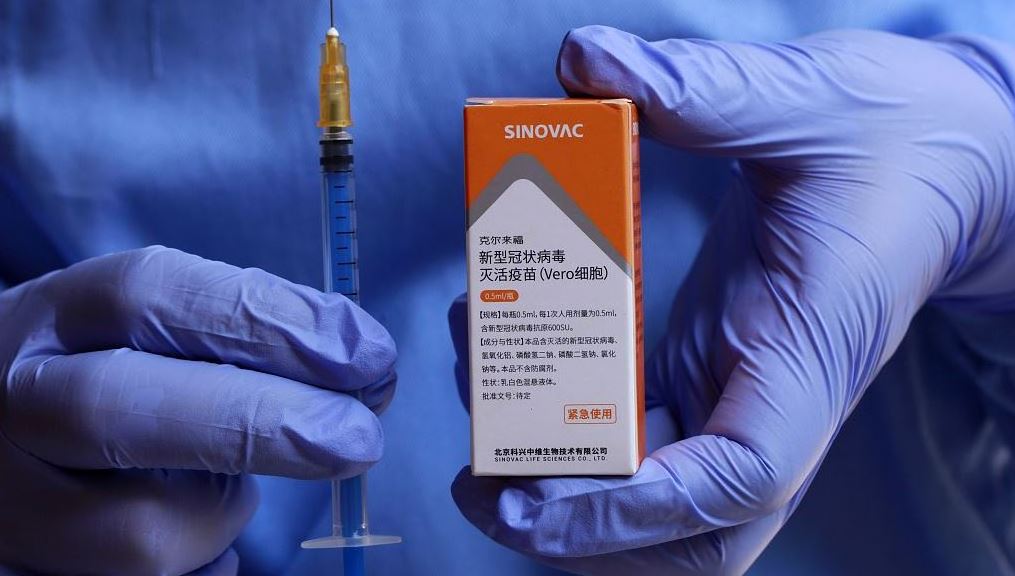 Sinovac, one of the vaccines created in China / CFP

Sinovac, one of the vaccines created in China / CFP

Ironically, the story was published just days before the first case of Omicron was reported in Beijing, the city that will soon host thousands of athletes, officials and journalists at the 2022 Winter Olympics. Amid growing concern over China’s ability to deal with Omicron, the country’s National Health Commission (NHC) has confirmed that China is ready to fight Omicron.

“The Omicron variant will not affect the sensitivity of China’s current COVID-19 test kits,” He Qinghua, a first-level inspector with the NHC’s Office of Disease Prevention and Control, told reporters at a conference. regular press on January 15. “This judgment was made by our experts after analysis and research.”

The reality is this: the coronavirus pandemic remains under control in China, and while there are inevitably hotspots where cases are rising, authorities and the public remain confident in prevention and containment policies. Meanwhile, the number of vaccine doses administered on the Chinese mainland exceeds 2.9 billion. “We” comes before “me” in China, and the results show that collective care works.

The RND report is not an ax job. This explains why China’s dynamic zero COVID effort deserves applause. The story states: “For the absolute majority of Chinese people, the risk of infection has not played a role in daily life for more than a year and a half, and thanks to the largely normal situation in most areas of the country, the economy has also been able to recover faster than in many other countries.”

Additionally, a person described as a “former senior WHO official who is now a Western diplomat in Beijing” reportedly said, “From an epidemiological point of view, the Chinese approach is quite impressive and very consistent.”

Exactly. China does not need to defend its aggressive zero COVID policy, which has guaranteed the health of millions. Data continues to show China near the bottom of total infections and deaths. A policy that asks the few to lock themselves in for the short term for the benefit of the many is a policy that more nations should have considered. But, of course, because it was China’s policy, it was out of the question for Western leaders, in particular, to embrace it.

Pity. The number of hospitalizations and deaths would have been much lower at this point. Balanced reports, like the one in the RND report, would also be a good idea. But I wouldn’t count on that from the American mainstream media.