As a non-believer, I’m in no position to debate Christian ethics with the Archbishop of Canterbury, Justin Welby, so it’s best to stick to the facts when responding to his Easter sermon.

Yesterday, from his pulpit, the Archbishop denounced as “impious” the government’s plans to send to Rwanda migrants landing on our southern shore in dubious ships organized by gangs of smugglers.

Welby (whom I first met, and immediately liked, when he was an oil company executive) pontificated that the government’s plan, in agreement with the Rwandan authorities, “does not cannot bear the weight of the resurrection which was revealed first to the less esteemed, for it favors the rich and the strong”.

But isn’t the main objective of the government’s plan to break the (hugely profitable) business model of the smugglers? This is an unscrupulous trade in lives, which was horribly demonstrated a few months ago when 27 people drowned after one of these boats sank.

The Archbishop of Canterbury, Justin Welby (pictured), spoke about the government’s new immigration scheme with Rwanda, calling it ‘godless’ and said it was ‘contracting out our responsibilities’ 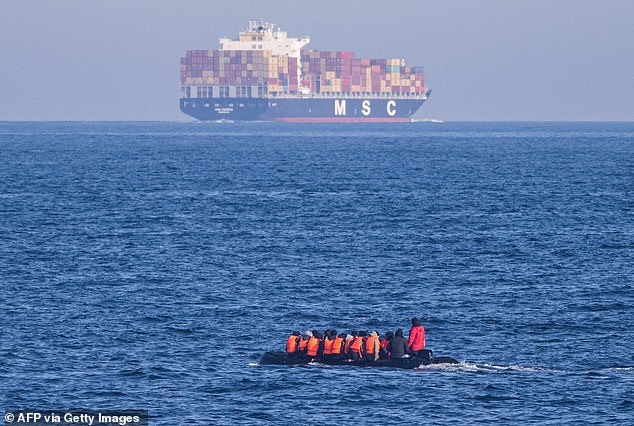 Dominic Lawson argues the idea of ​​the scheme is to stop traffickers taking advantage of and dangerously smuggling people into the UK (Pictured: Migrants sit in a dinghy as they cross the English Channel illegally)

The government’s idea is that if those paying the traffickers knew they would end up in central Africa, they would be much less likely to risk the dangerous journey across the English Channel.

So my text for the day is from the Christian Science Monitor, titled “Huge Profits Fuel Smuggling Routes Across the Channel”. He argued that ‘at a minimum, smuggling organizations this year (2021) brought in £69million for the crossing’. That’s £2 million per kilometer.

Since this was published, the numbers have only increased, and significantly so.

As for what Archbishop Welby calls “the rich and the strong”, the fact that these dinghies charge around £7,000 per passenger, and that almost 70% of those on board are men between the ages of 18 and 40, suggests that they are not the poorest and certainly not the weakest.

It seems a bit, finally, random, to choose Rwanda as a destination. But it is certainly less attractive as a refuge for asylum seekers (not specified by the government, otherwise it would have no deterrent value). However, the fact is that those of the boats had already arrived well in France.

I know the French can be boring, but their country is civilized, no less than ours. Asylum seekers, whatever their problems in their country of origin, are as safe in France as they would be here.

Archbishop Welby does not address this, or the fact that his own church has been willfully naive in this regard. This is partly because he has a special sympathy for refugees, stemming from the Gospel story itself – Jesus’ family having been warned to leave Bethlehem for Egypt to avoid the possible massacre of the child by the forces of King Herod.

How this admirable sympathy can be harnessed was demonstrated by the case of Emad Al Swealmeen, who blew himself up very close to Liverpool’s Anglican Cathedral just before 11am on Remembrance Sunday last year. His bomb had been stuffed with nails and screws; had it gone as planned, there would have been carnage. 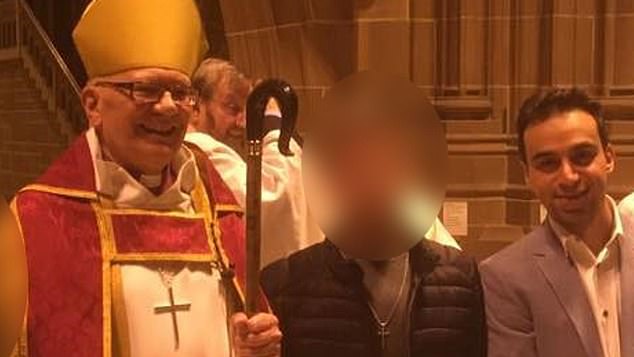 Swealmeen was one of hundreds of asylum seekers from Muslim countries who had been confirmed as Christians at this cathedral.

The Home Office had seen it as some sort of scam: when conversion to Christianity is found to be genuine by a court, asylum is granted on the grounds that ‘apostates’ face a mortal risk if returned in their country of origin.

Unsurprisingly, the smugglers have placed ads on Instagram claiming that converting to Christianity is a way to successfully claim asylum “in the shortest possible time and at the lowest cost”.

Swealmeen had arrived here in 2014 claiming to be from war-torn Syria. This turned out to be wrong: his family was originally from Jordan. It was after losing that case in court that Swealmeen “converted” to Christianity in 2017.

That didn’t convince the Home Office either, but somehow he was able to stay in this country until he detonated his bomb (and returned to the regular prayer at his local mosque).

I’m not saying Swealmeen was anything other than very unusual and atypical. But her case also demonstrated the extreme difficulty of the system in deporting asylum seekers who are shown to have no legitimate reason to stay. Which, in turn, is great publicity for the smugglers’ business model. 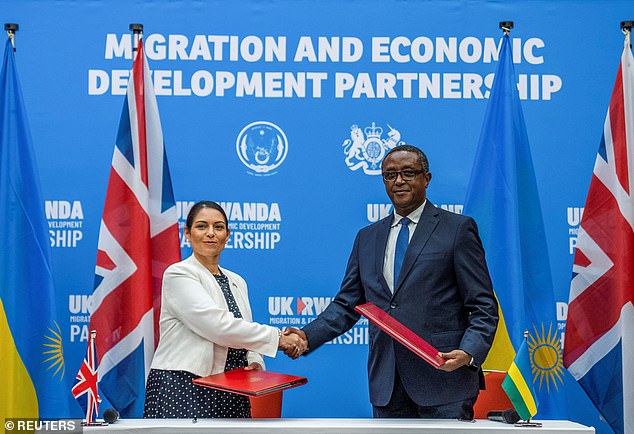 Although there were many criticisms, polls on the Rwandan migrant deal in the UK found the scheme to be somewhat popular. Pictured: Interior Minister Priti Patel in Rwanda

It’s something the public seems to be aware of. That might explain why the government’s somewhat surprising plan is quite popular (at least, judging by the polls that have been taken).

And that’s less surprising than it sounds – in the sense that Denmark negotiated an identical deal with Rwanda.

The program also has a UK precedent – ​​failed. In 2003, Tony Blair’s administration tried to negotiate the transfer of asylum seekers here to an African country (Tanzania). The proposal was rejected by the Tanzanian government.

Then there is the fact that at the height of the Syrian civil war in 2016, the EU brokered a scheme in which so-called “irregular” migrants trying to reach Greece would be sent back to Turkey.

Just as the UK government is offering to pay a fee to Rwanda, EU countries have teamed up to pay the Turkish government £6 billion in return for agreeing to take asylum seekers to their territory.

What do you think, Archbishop Justin?

Who has really lost his moral authority?

Andrew Bridgen was one of the first Tory MPs to call for Boris Johnson’s resignation, after Downing Street’s ‘lockdown parties’ were announced. It was hardly surprising. Bridgen has an extraordinary desire for publicity even by the standards of his profession.

He said in January he didn’t need to see the outcome of any investigation “to know that for me Boris Johnson has lost the moral authority to lead the country”. . . He should do the honorable thing and leave. 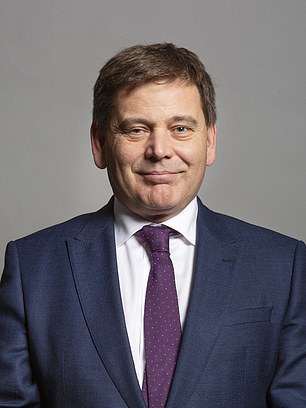 Those of us familiar with Bridgen’s role in the grotesque attempt (at millions of pounds of public expense) to prove the late Sir Edward Heath was a pedophile already knew he was not a person to be taken seriously. as a moralist. Now we find out that a High Court judge, no less, has determined that Bridgen is a liar.

This stems from a legal action brought by the MP over the family potato business (which generates nearly £30million a year).

Bridgen had asked Inspector Helena Bhakta, Neighborhood Police Team Commander for his North West Leicestershire constituency, to investigate what he claimed was fraud against him by his brother Paul.

The MP later told the court that he had not made such a request ‘because it would not have been appropriate’. But Inspector Bhakta produced his own contemporaneous notes from October 16, 2017: “As commander of the NPT, I have regular contact with Andrew Bridgen on constituent issues. Today he asked me to call him. In doing so, he informed me that he suspected his brother of committing fraud.

Judge Brian Rawlings found that Bridgen’s refusal, under oath, to make that appeal was willful dishonesty. He also said Bridgen “lied” claiming to have been fired as a director of his family business, rather than resign voluntarily, “in the hope that it might reduce the settlement he had to pay to his wife during her divorce”. Judge Rawlings’ devastating conclusion was that any claims made by Bridgen required confirmation by an independent witness, or documentary evidence, before they could be trusted.

Maybe it’s Andrew Bridgen’s unfortunate voters who should be asking him to “do what’s honorable and walk away”.