In many ways, the conference journalist Carla Power attended in the Indonesian capital of Jakarta was like any other – except its aim was to lift former terrorists out of their past militancy and reintegrate them into society. , a concept known as “deradicalization”.

Attendees included 15 actual ex-jihadists and the opening speech noted that four generations of jihadists were present, from former mujahideen to a family who had just returned from volunteering with the Islamic State in Syria. It’s one of the experiences Power shares in his new book, “Home, Land, Security: Deradicalization and the Journey Back from Extremism.”

“We’ve been so conditioned, especially after 9/11, to view – at least in the United States – these individuals as ‘the others’, as outside of society, as evil,” Power told The Times of Israel in a Zoom Interview. “And of course, the important thing is to broaden our perspective. Look at the contexts that send these people into violent extremist groups – they are not monsters. Statistically, they are no crazier than the rest of the population. They have reasons. Whether we support – or not – what they want to do, we must listen.

Power has listened a lot during her unconventional career, especially on the subject of Islam, which she wrote about for Newsweek. The daughter of a Jewish mother and a Quaker law professor father, she grew up in both the Midwest and the Middle East. As a child, she lived in Iran, Pakistan, Egypt, India and Afghanistan, her father advising the Afghan Minister of Justice for a year.

“I was raised culturally, nominally, Jewish,” she said. “In Iran, we were there during the time of the Shah…I don’t think my mother had any problems.”

“I’ve traveled extensively in the Muslim world,” Power said. “I told people [about my background] when they asked. I didn’t encounter any problems. »

Revisiting Pakistan for his latest book, one of the highlights was going to a boarding school in the Swat Valley that worked with former Taliban child soldiers, helping them reintegrate into society in various areas, from the right to motorcycle repair. One youngster ended up going to college, studying psychology, and going back to school as a psychologist.

“I was really surprised that the most successful deradicalization program was, of all places, in Pakistan, because their activists are very [woven] in the fabric of parts of the country and its people – brothers and fathers leaving to join the Taliban,” Power said.

Power has been willing to travel the world to explore the complexity of a story – including in her previous book, If the Oceans Were Ink, which was a Pulitzer Prize and National Book Award finalist.

“I’m very interested in writing about, sitting with, listening to people who might have very different views from mine – sometimes diametrically opposed,” she said. “My first book was about reading the Quran with a very traditional madrasa-trained scholar,” first in his current home in the UK and then in his ancestral village in India.

“Home, Land, Security” is based on conversations with former terrorists and people trying to deradicalize them. Among the latter are Berliners from the punk scene working with neo-Nazis or Islamic extremists. Poignantly, in the UK, Power talks to two mothers who have lost a son to terrorism in different ways: Nicola Benyahia, a Welsh convert to Islam whose son Rasheed died while volunteering for ISIS in Syria, and Figen Murray, a Turkish-born. Briton whose son Martyn Hett perished in the Manchester Arena bombing in 2017. The mothers ended up coming together to share sympathy, grief and solidarity – which caused a backlash. 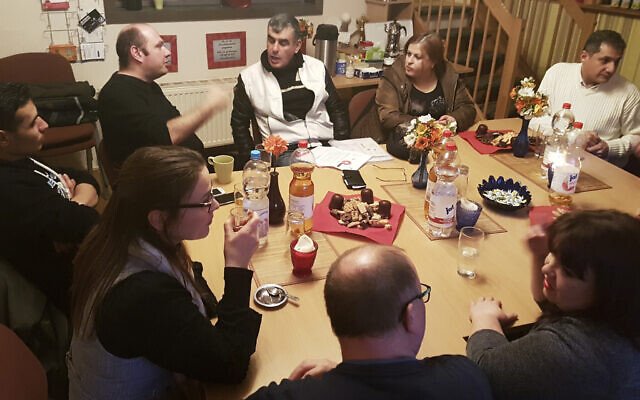 De-radicalization programs generally enjoy less than universal support, while radical responses are easier to find in national politics. these include the US invasion and occupation of Afghanistan for 20 years after 9/11, and the US Supreme Court’s decision on March 4 to reinstate the sentence of death for Boston Marathon suicide bomber Dzhokhar Tsarnaev.

“In times of fear, violence and crisis – the Boston Marathon and 9/11 were obviously very scary and I understand that – I would ask people to look at our radical response record and see how well they did “, Power said.

The book cites a study by the curator Cato Institute that documented a 1,900% increase in terrorism in countries that have been the target of a US invasion or drone strike.

“We need a much more critical and flexible approach,” Power said. “Militarization and criminalization have not made the world safer.” 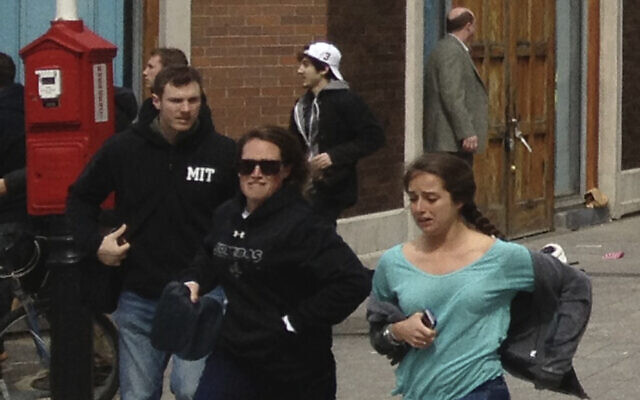 In contrast, there was the Swat Valley boarding school and its zero percent recidivism rate when he visited.

“People at the school work with communities,” she said. “People have to be able to go home, and ‘home’ has to understand them and work with them, try to accommodate them, even if they’ve been criminals or outside the law. It’s not just individuals who join these groups. In order to make a lasting peace, you must work with the homes they will return to.

“I have reached my empathic foundation”

Meanwhile, at the conference in Jakarta, organizer Noor Huda Ismail tried to get ex-jihadists to think about reintegration into society drawing on his experiences at St. Andrews University in Scotland. , where he studied terrorism and focused on tensions between Catholics and Protestants in Northern Ireland. .

“He embarked on an experiment [in Indonesia] trying to install ex-militants in various businesses,” Power said. “One with his own taxi driver company, one with his own t-shirt company – which was great until he started printing t-shirts celebrating Osama bin Laden.

“What Huda did was say, look, activists want to belong. They often join the group because they want a purpose. They are enterprising, they like to be around people. He said, “We’re going to hone those skills,” she said.

At the conference, she explained, “The idea was to give these people media skills, media training, storytelling training, a good businessman [skills]talk about being an entrepreneur. 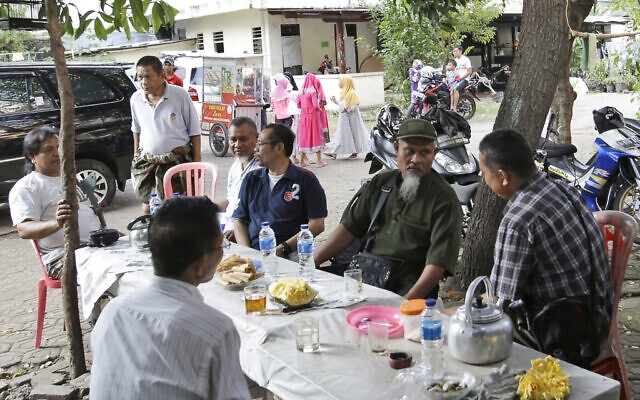 Illustrative: In this photo from Thursday, June 2, 2016, former head of the al-Qaeda-linked Jamaah Islamiah Imron Baihaqi, also known by his militant name ‘Abu Tholut’, chats with friends at a cafe in street curb in Jakarta, Indonesia. (AP Photo/Achmad Ibrahim)

“Traditional clerics tried to talk with ex-jihadists,” Power said. “[Ex-jihadis] had to bind with the traditional monks. There were all kinds of events to promote networking, basically.

As she explained, “one of the reasons jihadists stay with jihadists is that they don’t know anyone else. [The conference was] very, very cleverly designed to actively mix people.

Still, Power’s tolerance was tested. On the last day, during a coffee break, she found herself in an elevator with a particularly notorious ex-jihadist – a man named Hasanuddin who, according to his interpreter, “orchestrated the beheading of three Christian schoolgirls”. . He had served 11 years in prison and was now a seminary teacher. The translator had pointed this out from day one. Power had avoided him all along. In the elevator, her knees shaking, she could do nothing more than chat. This is partly explained by the fact that she herself is a mother of two daughters.

“I kind of hit my empathic foundation,” Power recalled.

“One thing throughout the book,” she says, “is that I don’t believe in violence as a solution to political problems… This guy committed a horrible crime.” 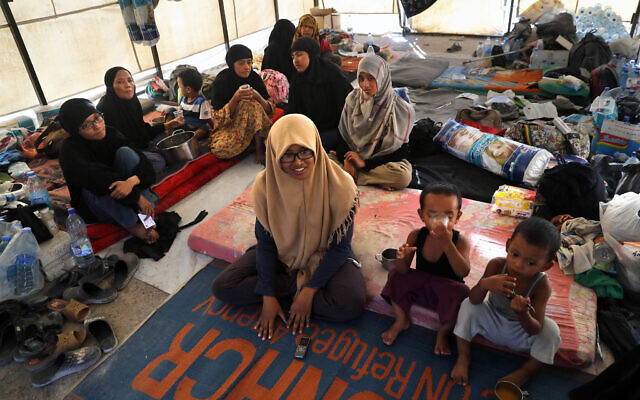 Illustrative: In this file photo taken July 24, 2017, an Indonesian family who escaped from the Islamic State group in Raqqa gather inside their tent at a refugee camp in Ain Issa, Syria. (AP Photo/Hussein Malla, File)

Power was able to talk to others in Indonesia to get a sense of the complexities of quitting terrorism — including Amir Abdillah, an ex-terrorist whose crime, like Beheader’s, claimed his life. Abdillah took part in the bombing of a Marriott in Jakarta – which killed nine people and injured many others – and served eight years in prison. She visited him in his old neighborhood. He was now a carpool driver and played football with his old friends in his spare time.

“While he told his football buddies that he would never participate in violence again, he did, [in my] interview with him, say the person who changed his mind while he was in prison was Osama bin Laden,” Power wrote in an email. “He read bin Laden’s letters, where the al-Qaeda leader said ISIS had alienated Muslims [by] causing too much bloodshed among Muslims.

“It came as a shock to me to hear that this middle-aged guy would openly state that Osama had the clearest view of what jihad should be. He said right now he didn’t want to to do jihad, but hinted that if the militants received broad support from ordinary people, he could The problem is to damage the faith [by] propagate too much violence.

His situation was clearly complicated – like that of many other former activists interviewed by Power.

“You talk to academic experts on rehabilitation and de-radicalization,” she said, “they make the distinction between someone walking away from violence and maybe still having some sympathies. . [and] other people, completely deradicalized, who never have those sympathies again.